What kind of event will be organized for Expo?
A half-day panel discussion with some of the leading experts in the field. We will discuss the loss of land starting from the definition of soil, too often neglected, until the presentation of instruments for its protection and for that of the territory, field of study in which the CNR scientific tool developments play a key role.

The land use impacts on global warming and on that of the city in which we live. In which way?
Compared to the increase in temperatures attributed to climate change, which its projection might be a little more than one degree in a hundred years, the urbanization causes increases in temperatures up to 15 degrees. For example, in a megalopolis like Mexico City it is possible to often record temperature variations between urban and rural areas which exceed 12 ° C.
There is a great difference between the energy exchange that takes place in a city and that of a natural system. In the city the size and positioning of the buildings determine mechanical changes in the interaction with the flow of air, for example in the ventilation, and the optical surface and the thermal conductivity of the buildings, both linked to construction materials, such ensemble of co-factors determine a complex system of energy exchange.

What is the main reason of the rising of temperatures in the city?
Because of the current patterns of cities developments imposed us to face a problem: that is the capture of solar radiation as the city is more dense. The radiation enters the urban canyon that opens up between the buildings, then 'bumps' several times on the buildings themselves, and as in a well of St. Patrick it is almost completely absorbed, no longer able to get out. This effect produces a rise in temperature because radiation absorption leads to an increase in the sensible heat.

Have we valuable solutions to propose?
To reduce this canyon effect the city should expand, but then this will lead to an almost full sealing of the city pavements  causing  again a large significant capture  and transformation of radiation. Thus, on the one hand we should not encourage the spread of the urban texture to avoid new concrete, and the other hand we must face with the fact that in a very compact environment we can cause hot spot risk of very high temperatures. The crucial point is that we must enter into the system an element with the function of mitigation. We already know what it is: vegetation. The active effect of vegetation is to shade the surface and to evapo-transpirate a large amount of the solar energy which reaches the surface, thus subtracting this energy availability by transforming it into sensible heat and latent heat. In this way, that is through a mechanism of ‘naturalization’ of urban, we can intervene on the microclimate.

What influence does the green on the temperature?
It is possible to define an 'equivalent' in green for compensation or mitigation of microclimate of buildings. The vegetation lowers the temperatures of different degrees and in general plays a mitigating effect.

More green in the city then, but what kind of greeen?
The vegetation should be re-introduced and properly positioned, both in public areas and private.
We must act through small improvements widespread. For example: green roofs, and - although to a lesser extent - green walls, are efficient to intercept solar radiation and to transform it. 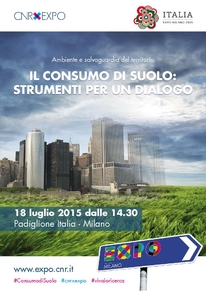